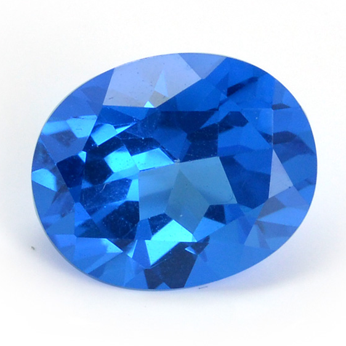 The Topaz - November birthstone
"Who first comes to this world below
In dreary November's fog and snow,
Should prize the topaz amber hue,
Emblem of friends and lovers true."
- Anonymous

Definition
Most authorities agree that the name Topaz comes from Topazios, the old Greek name for a small island in the Red Sea, now called Zabargad. (The island never produced topaz, but it was once a source of peridot, which was confused with topaz before the development of modern mineralogy.) Some scholars trace the origin back to Sanskrit (an ancient language of India) and the word topas or tapaz, meaning “fire.”

Characteristics
For those who were born in the month of November the Topaz is the traditional birthstone. The properties with which the Topaz is associated are constancy, loyalty, faithfulness and friendship. The Traditional Metaphysical Properties for the November Birthstone Topaz are strength, releasing tension and balancing emotions. The healing properties of the November birthstone are reputed to be effective for health problems relating to  sanity, asthma, gout, blood disorders, tuberculosis and insomnia. The Topaz is also used to enhance spiritual rejuvenation and feelings of happiness.

Physical Properties
Topaz is a mineral occurring in rhombic prisms in a variety of colours. The Topaz is commonly colourless, also light to medium blue, violet yellow, pink, peach, gold, green, red and brown. Topaz with Orange-red and pink colours are rare and most valuable. It sometimes occurs massive and opaque. The crystal structure of the Topaz (aluminium fluor-silicate) is orthorhombic. Topaz is mined in Brazil, Nigeria, Sri Lanka, Pakistan and China

History
The ancient Greeks believed that Topaz gave them strength. In Europe during the Renaissance (the period from the 1300s to the 1600s) people thought that topaz could break magic spells and dispel anger. For centuries, many people in India have believed that Topaz worn above the heart assures long life, beauty, and intelligence.

The name for the most highly prized Imperial Topaz originated in nineteenth-century Russia. At the time, the Ural Mountains were Topaz’s leading source, and the pink gemstone mined there was named to honour the Russian Tsar. Ownership of the gem was restricted to the royal family.